A Destination in the Wilderness

A Destination in the Wilderness

The Synagogue of the Hills, heir to a rich history, today represents the only Jewish community in Western South Dakota. The Synagogue traces its roots to the Gold Stampede days of 1876, when news of gold in the streams of Dakota’s Black Hills spread throughout the East. Throngs of prospectors, restless adventurers, gamblers and entrepreneurs ventured into the wilderness in search of what only the lucky few among them would find- great wealth in the gold and all that came with it. Ore-bearing streams ran through the thick, dead brush in the gulch from which Deadwood derived its name.

By horseback and mule, the first Jews to arrive were enterprising pioneer merchants and businessmen, willing to stake their lives and fortunes on the promise of great success in Dakota Territory. It was a difficult and dangerous undertaking. They found a lawless frontier, needing their talent and courage to help establish a stable community.

The Deadwood of 1876 was only a string of mining claims, tents and crude wooden structures, but the gold strike called for businesses to be started, and an explosion of growth ensued. The landscape and thick vegetation set the scene for a succession of fires and floods, almost biblical in destructive force, which regularly rampaged through Deadwood Gulch, forcing residents from homes and businesses, challenging them to either rebuild or retreat. Each rebuilding, each determined stand against the destruction, produced a triumphant new structure, more fireproof and sturdier than the one before it. One of the first business establishments, the Big Horn Grocery, started in 1876 by Jacob Goldberg, literally began as a tent set up on what would later become Deadwood’s Main Street, and survived through the 1980s. Goldberg’s Grocery, as the Big Horn came to be known, is today recognized as Goldberg’s Casino, in the same location, but having been rebuilt many times over.

Solomon Star, a Jew, and partner of Deadwood’s first Sheriff, Seth Bullock, was a respected businessman and prominent civic leader. The partners built a flourishing hardware store on the site of today’s Bullock Hotel. That same sandstone building, Star and Bullock’s Hardware Store, now renovated and refurbished as the Bullock Hotel, appears in early pictures of territorial Deadwood’s Main Street. Sol Star organized the first fire department and was first postmaster, active in political and civic affairs from Deadwood’s earliest days. Deadwood’s mayor for at least 3 terms, and Republican representative to the state legislature in Pierre, Star served his community long and well.

Harris Franklin, ne Finkelstein, an early immigrant from Eastern Europe, came to America as a youngster. Starting as a pack peddlar, a common occupation for young Jewish men in those times, he went on to build a great fortune as a banker, cattleman, owner of the Golden Reward gold mine, and main partner in the Deadwood Business Club, the venture which built Deadwood’s Historic Franklin Hotel. The Franklin family home, the stately Victorian mansion on Jefferson Ave., now a National Historic Landmark known as the Adams House, was built for Franklin in 1890 by Simeon Eisendrath, a renowned New York synagogue architect. Harris’s son, Nathan, served as mayor of Deadwood, the second Jew to fill that office.   With the help of talented Jews assuming positions of leadership and influence, Deadwood had become the commercial and social hub of the Black Hills.

The first telephone exchange in Deadwood was established and managed by Paul Rewman, an English Jew. His wife, Mabel, earned a reputation as an early campaigner for women’s rights. Both Rewmans have been recognized in “Who’s Who in South Dakota.” Blending into the community, many Jews became respected leaders in business, social and civic affairs. At some point in Deadwood’s history, fully two-thirds of all business establishments on Deadwood’s Main Street were either owned, operated, or occupied by Jewish merchants.

Although they never had a formal synagogue building, there was a Jewish presence and holiday observance from the earliest days of settlement. Their Torah, now known as the “Deadwood Torah”, came from Koenigsburg, Germany, in 1886, with Freda Lowenberg, young bride of Benjamin Blumenthal. The Torah traveled overland across Europe, over the Atlantic, across the United States by train, and finally by stagecoach into the Hills. The first lay leader of the Jewish community was Nathan Colman, father of Blanche, Theresa and Anne Colman. Judge Colman arrived in Deadwood in 1876, where he and his wife, Amalia, had a large family. The Colmans’ daughter Blanche made her mark as the first woman lawyer in the State of South Dakota, working for the Homestake Gold Mine as legal counsel for most of her life.

In 1896 the Hebrew Cemetery Association purchased cemetery land on Deadwood’s Mt. Moriah, high on a hill overlooking Deadwood. The section came to be known as “Hebrew Hill.” Some of western South Dakota’s foremost pioneering citizens are buried here, including Harris Franklin and his wife Anna; the Colman family, including six of their seven children, four of whom died in early childhood; the Jacobs family; the Blumenthals; the Finks; the Zoellners; the Margolins; the Schwarzwalds; and the Levinsons, among others. Mt. Moriah cemetery is open to the public and a walk through the Jewish section reveals an occasional grave marker bearing a small stone, evidence of a Jewish visitor who paid their quiet respects. The small number of gravestones is no indicator of the true number of Jewish people who left an impression in the Black Hills, said to have been as many as 200. Many, like Sol Star, were taken elsewhere for burial. Some of the tombstones are beautifully engraved both in Hebrew and English, some too eroded to read, but each telling a story of a Jewish person who left their footprint in a remote wilderness. Mt. Moriah has been dedicated as a National Historic Cemetery.

As the gold rush waned, Deadwood’s population diminished. The younger generation, seeking higher education and Jewish mates, gradually drifted away. Due to Rapid City’s favorable location, Rapid City’s population increased and in the 1950s the Deadwood Torah, center of Jewish worship, finally was brought to Rapid City. The names of Blanche and Theresa Colman, pioneering ancestors of the congregation who read from that Torah, are recited as the yizkor list is read each year at Yom Kippur at the Synagogue of the Hills in Rapid City.

One of the earliest Jewish families in Rapid City was the Poznansky family. Felix Poznansky was a clothing merchant who started out in Deadwood and later moved his business to Rapid City where he became active in civic affairs. His son Joseph was manager of Rapid City’s first water company. Another son, Benjamin, was the first male graduate of the South Dakota School of Mines. Felix’s only daughter, Julia, in later years joined with the congregation of the Synagogue of the Hills in purchasing a second Torah. The name of Julia Poznansky also appears on the Yizkor list. The Poznanskys and other Jewish families are buried in the old section of Rapid City’s Mountain View Cemetery.

Rapid City’s Main Street owes one of its earliest brick buildings, now home of the Prairie Edge Trading Company, at Sixth and Main Streets, to Louis Morris. Louis and brother Julian contracted for this building to house their thriving dry goods business. Here, in later years, Nathan Horwitz would develop Rapid City Clothing into another very successful firm. The building is a magnificent example of the value of historical preservation, and is arguably the crown jewel of historic buildings in Rapid City.

In the 1940s the little Jewish population of Rapid City began to organize to observe the major holidays. Services were held at the site of the present Faith Temple on Kansas City Street, occasionally in Canyon Lake Park, and eventually in the Chapel at Ellsworth Air Force Base, located 10 miles outside of Rapid City. A parent-taught Sunday school was started to offer the children religious instruction. In the 1950s, with the help of Morris Adelstein, father of long-time President Stanford Adelstein, the Synagogue of the Hills was recognized as a Reform synagogue by the Union of American Hebrew Congregations. Services would continue at Ellsworth Air Force Base for 30 years. A Torah was donated by the Jewish military officers, inscribed with the watchword, “Peace is Our Profession.” The end of the Cold War caused Air Base personnel cutbacks and although fewer Jewish military congregants were based there, services continued to be held at the base chapel for the local Jewish community.

In 1995, guided by the newly formed Board of Directors, under the leadership of Synagogue President Stanford Adelstein and the late Vice-President, Terry L. Fredricks, a decision was made by the congregation to move the Synagogue from Ellsworth Air Force Base into Rapid City. A temporary location was established at the Hills Materials Quarry Room on Sturgis Road, until later that year when a permanent building, donated by Mr. Adelstein, became the new home of the Synagogue. Visiting Rabbi Steven Forstein, with the help of the entire congregation, lovingly moved the two Torahs from the Quarry Room to their present home in the sanctuary at 417 North 40th Street, and on April 14th, 1996, the new Synagogue of the Hills was consecrated. Since that time, extensive remodeling has taken place, a sanctuary installed, and classrooms and a library created. In this space a vital and active membership meets for weekly Shabbat services conducted by skilled lay leadership, religious school, holidays and life-cycle events.

Through its membership in the Union of Reform Judaism (formerly UAHC), congregants enjoy monthly visits of a rabbinical student to lead Friday Shabbat services as well as to conduct High Holiday worship. Services are open to Jewish worshippers regardless of denomination.

A Jewish wanderer in the wilderness can still find a hospitable destination in the Black Hills of Dakota. 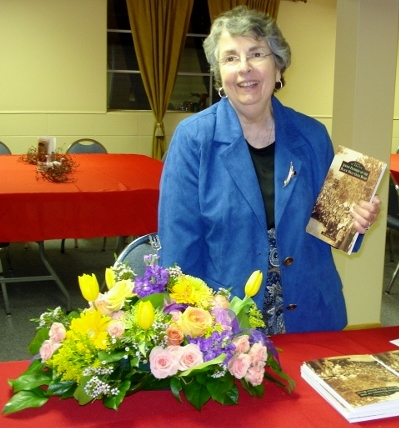